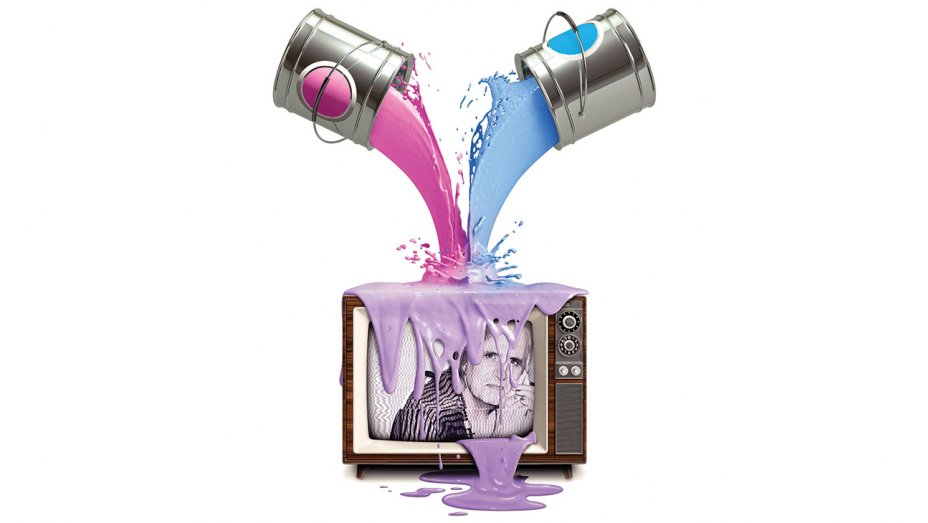 On a regular basis, I am the recipient of information that has anything to do with the topic of transgender people. Friends forward articles to me. People invite me to movie screenings and plays. Others assume that I am a regular viewer of any TV special or show that is about being trans. I feel a lot of gratitude around this. People care, it feels good that they’re reaching out, and I appreciate being “in the know.” So don’t stop.

I do admit, though, that I also feel a bit awkward when invited; I rarely enjoy immersing myself in other people’s public transgender stories. The shows, movies, and specials aren’t usually comfortable for me to watch. The times I do become meaningfully engaged in someone else’s journey is when I personally meet with local parents or transgender individuals, and those connections are the ones that fulfill me immensely.

I always thought I would be the type of person to become absorbed in every single piece of publication. After all, when my daughter first told me she was transgender, I was desperate for information but found very little to be available. I searched for blogs. I found only one, and although I  rechecked the site time and again, the blogger did not write another post.  My support group mentioned that there was one transgender child who was public, and so we found news shows about her on youtube and repeatedly watched those. After the shock of my daughter’s announcement became more of a normal reality for us, I actually stopped searching the media.

That, of course, is when the media started creating TV shows around the topic. I ended up having a lot of mixed feelings about the shows. A few weeks into my daughter’s transition, Orange is the New Black starred, for the first time, a transgender actor playing a transgender character. I wasn’t yet completely comfortable owning the idea of being a parent with a transgender child, so I didn’t feel compelled to watch the show. I was actually more comfortable distancing myself while I learned what all of this meant.

The next year the show Transparent was created. I was more experienced with having a trans child now and I felt that I needed to watch the show to know what the rest of the world was going to learn. My daughter and I watched this show, and eventually Orange is the New Black, together. Neither show was completely enjoyable to either of us, but we felt it was necessary to be aware of what messages were being shared. The shows were fictional, we became frustrated at times with them for various reasons that included how the transgender experience was portrayed, and eventually we stopped watching them.

A little over a year later, the series I am Jazz started. This was different. This was a Reality show and this starred the same transgender girl we had all been in awe of from the beginning. This was about her perspective, her family, and her regular day-to-day life. As excited as I was to try watching this show two years ago, after watching the first couple of episodes, I had to stop. It’s not that the topic didn’t interest me or that they didn’t do a good job. It’s that it was my life I was watching! And my life was complicated enough that the last thing I wanted to do for entertainment was to watch a show about it. I also felt that way each time I would start watching a news special or segment about transgender people. It simultaneously hit too close to home and was boring for me.

Fast forward two years later to a few days ago. I was killing time and I turned on the TV, which is rare for me. This same Reality show, I am Jazz, happened to be playing on the channel. I wasn’t expecting it but something drew me in. I was curious. I watched two hour-long back-to-back episodes. And my thoughts and emotions were on a roller coaster ride the entire time.

At a commercial break I realized that as I had been watching, I had been kind of impressed by how everyone was able to call Jazz by her preferred pronoun, without messing up. I started feeling sympathy for this family who was dealing with the unusual situation of having a transgender child. I watched the parent support group and thought about how brave these parents were. And then I realized – Oh my gosh-  I have a transgender child! How could I have forgotten that? Of course we call my daughter by her preferred pronoun! I have a support group also but it doesn’t make me feel brave, just normal. This seemed to have nothing to do with me but yet had everything to do with me and I started getting really confused.

How is it possible that looking in on someone else’s family I am feeling so curious, when this is my regular life and doesn’t feel strange at all? It was really weird to feel for a family and then to realize that it’s my same situation. I wasn’t sure what to make of it. Was it because I didn’t know them personally?

Is this how other people view my family? Is it unfathomable that it’s easy to support my transdaughter? Should I be pitying myself?  Is our situation so bizarre and newsworthy that there are reality shows about it??

In addition to feeling the incongruousness of judging my own life’s experiences as though I were a stranger, I did also feel comfort and validation as I watched the show. I felt empathy. In many ways, these were my people. I still do not have so many people in my life who have transgender children. I wanted to reach through the TV to give them all a hug and to say, “I completely relate!  I’ve been there! We navigated this issue you’re having. Let’s talk!”

And finally, I felt inspired by what an advocate and even activist young Jazz and some of her friends were becoming. And then I reflected back to my own daughter, who is also an advocate for others. In fact, my daughter is going to be presenting on a panel at a national Trans Health Conference in a month. Just like Jazz, who seemed so brave, I realized that the activism has become our normal.  In fact, anecdotally, many of the local trans youth I know have overcome their extreme insecurities to support and advocate for others; they are stepping up because no one else is doing it. I had a rare opportunity to be an observer into our own life. And the respect I felt for Jazz while watching the show, I transferred to my own daughter and to the other transpeople I personally know. The ones whose core insecurities at times sometimes threatened their abilities to exist, but who have now become the most courageous public activists

I realize that there is a difference between my reality and reality TV. Even though we share similar stories, my unique story feels normal to me, and I embrace it.

I also do try to look for opportunities to learn from every scenario of my life. And what I believe I’m learning here is that we all need to stop being on the outside looking in, because then we’re distanced from each other. That’s when someone else’s life feels strange. We need to get to know each other and to personally connect with one another’s experiences.  Remove the barriers. Make it personal.

3 thoughts on “Reality TV or My Reality?”